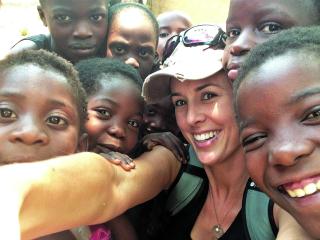 Retailers usually measure the success of project spending by ROI, or “return on investment.” ROI measures how many dollars you get back for every dollar you invest. This is a prudent and necessary way of justifying investment in things like IT systems, facilities and processes.

But not everything of value can be measured by simple dollars and cents. How do you measure the return on hope given to hundreds of thousands of disadvantaged children, both in the United States and around the world?

You can’t, at least not by any conventional means. But many in the retail industry are already well aware of the incredible human return on the efforts of the Retail Orphan Initiative, or RetailROI (Retailroi.org). Since its founding five years ago, RetailROI has helped more than 110,000 orphaned and vulnerable children through education, computers, food and medical care.

RetailROI is a nonprofit group inspired by the late Paul Singer, former senior VP and CIO for SuperValu and Target Corporation and a champion of adoption initiatives. Singer brought RetailROI to life with the active involvement of IHL Group president Greg Buzek and RetailConnections president Marc Millstein. It brings together retailers, analysts, technology vendors and many others affiliated with the retail and IT industries to devote their time and resources toward both raising awareness and providing real relief and assistance to orphaned and at-risk children all over the world.

Since its founding in 2008, RetailROI has undertaken 69 individual projects aimed at bringing hope to and improving the lives of children who otherwise would be left in dire and even life-threatening circumstances. Just a few of these noteworthy projects include:


While stories circulate of how in some cases more than 90% of money donated to certain charities goes toward salaries and more fundraising, RetailROI ensures that there is a true monetary return on investments made in its efforts, as well. More than 94% of the funds raised by RetailROI in the past five years have been used in direct support of charities that provide hands-on relief around the world for orphan care, adoption relief, foster care support and rescue of children from human trafficking.

Rose Spicer, senior director of Oracle Retail Marketing, knows firsthand of the positive impact RetailROI has on both the recipients and participants of its efforts.

“In October 2008 I partnered with Paul Singer to create a platform for his personal passion for orphans and adoptions,” said Spicer. “We combined a case study with his personal mission at Oracle OpenWorld 2008. That keynote speech created a spark and divinely inspired action to create the RetailROI initiative. I am incredibly proud to be a part of this amazing initiative and everything that our entire retail community has given toward the success.”

Of course, “retail” is the key to RetailROI, and countless retailers have also dedicated their time and money toward RetailROI initiatives. Randy Cucerzan, senior director of IT/ enterprise services of footwear and apparel retailer Genesco, offered some thoughts on how being a part of RetailROI changed his life for the better.

“In just five short years, RetailROI has impacted the lives of thousands of orphans and economically disadvantaged children in the U.S. and around the world,” Cucerzan said. “Through donations and services, vol unteers have helped schools by offering their skills, business acumen and advice, as well as through donations of goods and supplies. I am proud to have been a part of RetailROI these past five years and have received back much more from participating than I have ever given.”

The analyst community is also heavily involved with RetailROI, as evidenced by the testimonial of Jeff Roster, research VP of Gartner. Roster also describes how his whole family has had their lives changed by engaging in RetailROI initiatives.

“My involvement in RetailROI has been life changing, both professionally and personally,” Roster said. “I’ve had a chance to work with the brightest minds in retail working to help some of the most desperate and vulnerable people on the planet. I’ve been fortunate to see my two teenagers thrive in a Honduran jungle while distributing aid. There are literally no words that adequately describe what this organization has meant to the Roster clan.”

Retail is all about the exchange of goods for currency. But RetailROI flips that equation around by making “good” the currency which keeps hope flowing for disadvantaged children and those who help them. That’s a return on investment with dividends that keep paying and paying.