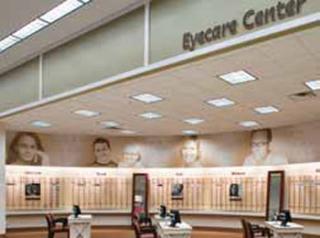 Shopko is on the move again. Following a hiatus during which it closed a number of locations and went private (with its 2005 purchase by Sun Capital Partners), the chain has opened its first full-line store in six years, in Suamico, Wis. Featuring a new design (see related story, page 156) with a female-friendly feel and easy-to-shop layout, the bright and colorful store represents a departure from existing Shopko units.

The new prototype was spear-headed by Shopko chief executive Michael R. MacDonald, who arrived at the company in 2006 after resigning as chairman of Saks, Inc.’s former Northern Department Store Group. The new format is one of several ongoing initiatives launched by MacDonald, who talked with Chain Store Age senior editor Connie Gentry about Shopko’s positioning in the marketplace and changes going forward.

Chain Store Age: Many regional discounters and department store banners have disappeared in recent years, but Shopko has managed, despite some ups and downs, to survive. To what do you attribute that?

Michael R. MacDonald: While a lot of discount stores have gone away, when you look more deeply you see that they really weren’t the same as Shopko. Our stores are unique due to the fact that about one-third of our business is comprised of health-care services, which has two parts: a pharmacy and an eye-care center.

We do more than just dispense prescription drugs and fit people with new eyeglasses; we perform a real, personalized service for our customers. As a consequence, our customers are loyal and they keep returning over long periods of time, and that provides a steady flow of traffic to our stores. This has been a stabilizing influence on the rest of our business, making us less susceptible to the ups and downs that other businesses have experienced.

CSA: This speaks to the roots of your company, doesn’t it?

MacDonald: Exactly. Shopko was founded in 1962 by a pharmacist, with the pharmacy as the core element of the store. Before I joined the company in May 2006, I evaluated if this was where I wanted to be. Looking at the operations and the financial performance, I realized that its health-care services core represented a real source of strength and stability to the whole company.

CSA: What percent of sales are represented by the health-care areas?

MacDonald: Health-care services account for one-third of our sales, and they occupy about 5% of the store footprint.

CSA: How do you see Shopko positioned in the marketplace in the future?

MacDonald: We’re going to be a convenient, general-merchandise store, with branded offerings, anchored with a terrific health-services business. In terms of price points, we’ll operate at prices lower than a Kohl’s or J.C. Penney.

CSA: What is the strategy going forward?

MacDonald: We want to nurture, grow and protect our health-services business for all the obvious reasons. Our real challenge and opportunity is to create more cross-shopping between health services and what we call the ‘main store,’ or the rest of our business. We also need to create more destination shoppers for our main-store business.

CSA: What’s your plan for doing this?

MacDonald: We’re doing a fundamental re-examination of how we do everything in our apparel business, home-store business, even extending it into our traffic areas that include health-and beauty aids, over-the-counter drugs and household supplies.

CSA: How does Shopko see itself vs. Wal-Mart?

MacDonald: One of the things our customer tells us is that she finds the Wal-Mart experience a little overwhelming, perhaps even a bit intimidating. We want to be certain that we offer convenience—both in terms of proximity of stores to where our customers live, and in terms of them being able to understand and navigate the store once they are inside.

We’re very careful that we don’t build stores that are too big or too hard to understand. We’re focusing on signage and logical merchandise adjacencies so customers can figure out where items are. And we’re making certain that we keep our aisles clean so it’s easy to navigate the store. We’re also offering more in the way of nationally branded merchandise. In all these ways, we can provide an important alternative to the Wal-Mart experience.

CSA: What about other competitors, namely Target?

MacDonald: To me, Target is more understandable and manageable from a customer standpoint than Wal-Mart. I think Target may be the best store operator in the business because everything is so accessible in their stores.

But Target’s cheap chic approach excludes a whole set of customers because either the product is too fast, too contemporary or too forward. Or it fits a body type that doesn’t conform to a more mature customer, or it doesn’t create enough body coverage that is comfortable to a more conservative customer base.

Shopko merchandise offerings are more traditional, whether it’s fashion that you wear or for your home. It’s going to be current, but not very, very forward, and it’s going to provide a lot more coverage. We think we provide an important differentiation in terms of the fashion appeal vs. Target.

CSA: Shopko recently opened a new prototype. How did it come about?

We were trying to achieve several things. One, we wanted the colors to be more appealing to female customers because about 75% of our customers are female. But the color palette that characterized most of our stores was fairly masculine. The more masculine look was embodied in our old logo as well. It was sharp-edged, red, white and blue, and abrupt. In the new store design, we softened up the color palette and changed the logo, which is now much softer and more appealing.

CSA: What about changes inside the store?

MacDonald: The light levels are better, and the aisles are wider. We put all the apparel businesses in the center of the store, and the racetrack runs around the outside perimeter. The higher-stacked merchandise that was typically on gondolas is now housed on the perimeter, so the sight lines are much improved.

CSA: Did you change the merchandise mix in the new prototype?

MacDonald: Not dramatically. What was significant was the way we arranged the merchandise and some of the different merchandise adjacencies.

There really are not any tremendous fluctuations in square-footage allocations in the new prototype vs. a traditional Shopko store. However, there was a previous regime that made food and candy a bigger part of our total mix than what we’re comfortable, with and we’ve been gradually cutting that back as we renovate stores. That change is also reflected in the new prototype.

CSA: Where is health care located in the new format?

MacDonald: We put health-care businesses at the front of the store, which is a pretty nontraditional position in our business. Most retailers put the pharmacy in the back, based on the theory that it will force customers to traverse through the store and maybe pick something up along the way. But we take the opposite approach and sa