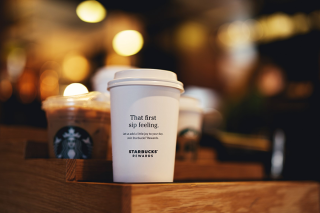 Starbucks is making its rewards program more customer friendly as it looks to appeal to a wider range of customers and keep growing membership.

The program, which was introduced in 2009, rewards members with two points, or stars, for every dollar spent. Currently, customers can not qualify for a reward until they accrue 300 stars (within one year). Once they qualify, they can get a free drink or food item for every 125 stars.

Starting on April 16, however, members in the U.S. and Canada will be able to earn rewards sooner and have more options when redeeming points. Under the revamp, members can earn and redeem points (stars) immediately after joining the program. The change means members can earn enough stars to redeem a reward in as few as two to three visits, the company said.

In other changes, a new, tiered rewards structure with a lower threshold will replace the current single option at Starbucks locations. For example, members will be able to cash in 25 stars for an extra espresso shot, dairy substitute or additional flavor. For 50, they get coffee, tea or a bakery item, and so on.

“Since introducing Starbucks Rewards ten years ago, we’ve experienced tremendous growth and continued to evolve the program to meet the changing needs and purchase patterns of our customers,” said Matthew Ryan, Starbucks chief marketing officer. “These new updates put choice in the hands of our customers and a personal touch they can only get from Starbucks.”

Starbucks’ rewards program has proved popular. Membership has grown more than 25% over the past two years, climbing to 16 million active members as of December 2018, a 14% increase over the prior year. Starbucks Rewards transactions accounted for 40% of purchases in U.S. company-operated stores in the same time frame.

But while Starbucks’ rewards program membership has grown, other companies have become active in the space. Dunkin’ Brands, McDonalds and, most recently, Burger King have all introduced different variations of reward programs.
Advertisement