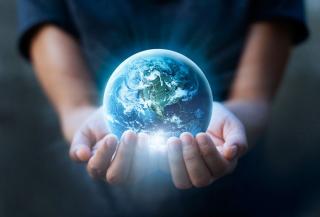 Consumers’ concern about the environment does not necessarily translate into modified purchasing behavior.

Seventy percent of consumers at least “occasionally” consider the environment when shopping, but only 52% have adjusted their purchasing decisions based on the environmental benefit claims of products marketed as “green,” according to consulting firm A.T. Kearney’s “2019 Earth Day Consumer Sentiments Survey.” Almost half of all respondents, across all income levels, note cost as the primary obstacle to purchasing “green.” While nearly 80% of respondents would consider delayed shipping if the environmental benefit was clearly articulated, they are unlikely to settle for higher costs in exchange for such benefits, the survey noted.

Of the consumers A.T. Kearney surveyed, 80% believe changing their personal everyday decisions is the most effective path to improving environmental outcomes whereas only 20% of consumers believe supporting NGOs and government is a more effective path. And they hold the private sector to a higher standard than they do the public sector. More than 65% of consumers believe companies should exceed government sustainability standards.

Consumers are also skeptical when it comes to evaluating “green” claims. Nearly 80% of consumers look to supporting factors or external certification to evaluate the credibility of benefit claims. Fewer than 25% of consumers ranked “intangible” claims—say, undefined statements about energy reduction or water quality improvement—among their top three purchase decision influencers. Benefit claims such as recycling that are more immediate, i.e. easily experienced by the shopper, were found to be more impactful than remote benefit claims or claims that were out of consumers’ control or beyond their visibility, such as changes in production processes.

“What we see in these findings is that the consumer market may be more receptive to buying green products than they were in years past,” said Greg Portell, an A.T. Kearney partner involved in the study. “But, they don’t want to sacrifice quality or pay higher prices to benefit the environment. And, two other things are clear. One, credibility, authenticity, and communications are critical to selling any benefits. And, two, consumers expect manufacturers and retailers to bear their fair share of the cost.”

The study’s findings indicate that apparel is likely to be a major beneficiary of the next “green” wave: Almost 50% of respondents said they intend to shift their apparel purchase behaviors to be more “green”—a significant increase from the 38% who purchased “green” apparel last year.

The report also showed that consumers of all ages—including 70% of respondents age 18–44 and 62% of those 45 or older—see themselves shifting purchases towards “green” products in the coming year.
Advertisement