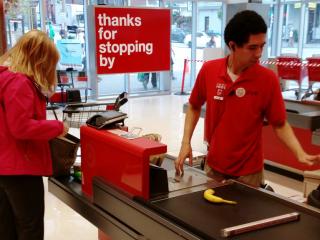 A retailer’s popularity varies depending on whether a shopper values low prices or has expensive tastes.

That’s according to a survey by Internet-based market research and data analytics firm YouGov that ranks the most popular department stores in the United States. (In addition to traditional department stores, discounters, off-prices and warehouse clubs were included in the survey by YouGov, an in.)

Among those who look for the lowest prices when they shop, Dollar Tree (67%) takes the top spot and Target (66%) drops to second place. Walmart (66%), Kohl’s (62%), and J.C. Penney are also popular with low price shoppers.

Two brands remain constants despite differences between the two types of shoppers, according to YouGov. Target and J.C. Penney enjoy popularity among both consumer groups, suggesting a diverse range of low cost and expensive product lines that satisfies both retail needs.