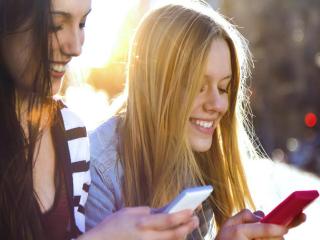 Traditional youth brands are no longer finding a seat at the “cool table.”

That’s according to a new study by Engagement Labs, which studied the conversation patterns of teens, or Generation Z. The group is expected to account for 40% of all consumers by 2020.

The study "Gen Z: The TotalSocial Generation," reveals that Gen Z is highly talkative about brands. They have 13.4 conversations about products and services on average each day, one-third more than the 9.9 conversations among people 21 and older.

“They are talking more face-to-face about products and services as well," said Ed Keller, CEO, Engagement Labs. "We are also seeing major shifts from the teenagers of five years ago, indicating that Gen Z is a very different type of generation, with long-term implications for marketers."

iPhone and Apple are the two most talked about brands of Generation Z, reflecting the importance of technology, connectivity, and mobility to today’s teens.

A surprising number of traditionally youth-oriented brands are being left out of the conversation among GenZ, the study found. The biggest declines are for Aeropostale, Hollister, and Abercrombie & Fitch. Many of the declining brands are athletic shoes — Reebok, Converse, Vans, Puma — but Nike is rising. It is now one of the most talked about brands among Gen Z.

The biggest declines among teens since 2013 are for Nordstrom, J.C. Penney, Kohl's, Macy's, Kmart, Sears, and TJ Maxx. Some bright spot for teenagers are "neighborhood" convenience and drug stores. 7-Eleven is up by more than 300% among Generation Z in terms of the frequency of conversation, while Aldi's, Walgreens, and CVS are also posing double and triple digit gains. Conversations about Walmart are also up. Taken together, the reports' authors attribute the findings to a preference for "around the corner" retail in place of destination retail.

Compared to 2013, nearly every restaurant is being talked about more often by Gen Z, according to the report. Conversation levels among teens have literally tripled — or more — for Baskin & Robbins, Del Taco, Domino's, and California Pizza Kitchen. However, several quick-services restaurants like McDonald's are seeing modest declines, including Burger King, Subway, Taco Bell, and Wendy's.

The report, "Gen Z: The TotalSocial Generation" is available for download at http://bit.ly/2ohzipi.
Advertisement