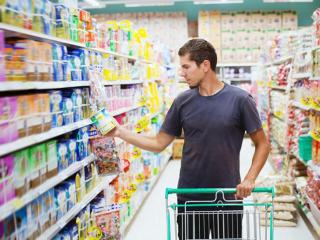 Three diverse retailers came out on top in a new consumer study.

Key findings from the study include the following:

● Price and quality are the most important preference drivers. Retailers with a weak value core should focus on shoring up that weakness before turning attention to other drivers such as convenience, rewards, or speed.

● The top performing grocery retailers include relatively recent entries into the 100-year-old supermarket business and are more likely to be a national banner. All of these banners, except H-E-B, were either established or began to expand around the 1980s, which allowed many of them to carefully select store locations. As a result, many of these banners can focus and differentiate their prices, products, and store experience more effectively than older mainstream banners.

● The second best performing quartile of retailers include some of the higher performing, older grocery banners including Meijer, Publix, and Kroger. This quartile has the highest top of mind (ToM) recall and the second highest financial performance. This group does not perform as well as the top quartile because their price and quality scores are not as strong, but this second group differentiates itself by excelling at secondary preference drivers, such as promotions, rewards, and information.

● Many undifferentiated mainstream banners are delivering minimal value to their shoppers. Even though many have been shopped at for a longer period, they have the weakest emotional connection. They must focus on improving value perceptions and reconnect with their shoppers or profitability will be a challenge in an increasingly competitive market.

The RPI found that the retailers in the top quartile share four effective strategies:

● Quality-focused. Although Whole Foods Market performs below average on prices, it still achieves a high overall RPI because they index so high on quality.

● Value-focused. Trader Joe’s, Costco, Sprouts Farmers Market and H-E-B all indexed high on quality and price. Stores that index high enough on price and quality can sacrifice on convenience, speed, digital and personalized discounts and information and still rank highly.

● Price-focused and supported by digital execution. Walmart’s success in digital translates into a high RPI ranking and from indexing high on price and convenience. Target ranked second on digital execution but ranked only average on the other supporting factors, moving it out of the top quartile of the RPI.

“We firmly believe that retailers must differentiate themselves today to be competitive in face of the myriad of options shoppers have,” said Jose Gomes, managing director of North America for dunnhumby. “Differentiation begins with the retailer identifying the shoppers that they can serve better than their competition. A solid customer first strategy, backed by customer data science, will help the retailer focus its finite resources and attention on the customers that are the most important to their success.”
Advertisement