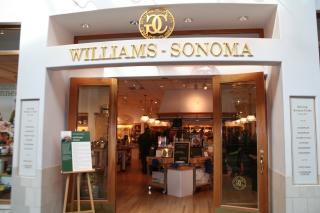 Williams-Sonoma knows how to connect with its core customers and has crafted life-altering promotion that does just that to commemorate its 60th anniversary.

Williams-Sonoma is sponsoring a once-in-lifetime culinary experience sweepstakes to the Burgundy region of France. The winner and a guest will partake in an epicurean adventure at The Cook’s Atelier (thecooksatelier.com), a French cooking school, gourmet food center and wine shop in the historic town of Beaune. The prize includes lodging at The Cook’s Atelier pied-à-terre and a five-day workshop focused on classic French cooking techniques and market shopping. A $3,000 airfare voucher is also included.

The Cook’s Atelier, currently featured in the Williams-Sonoma Winter 2016 catalog, was founded in 2008 by an American mother and daughter duo, Marjorie Taylor and Kendall Smith Franchini. The Atelier leads market tours and offers hands on cooking classes that incorporate seasonal ingredients and regional specialties. Classic French recipes, such as gougères and mussels with fennel and saffron, and product launches by French makers, such as the new Le Creuset Matte Collection, are also highlighted in the catalog.

“We’re excited to offer this exceptional culinary experience to kick off our 60th anniversary,” said Janet Hayes, president of Williams-Sonoma. “France and French cooking are important parts of our brand’s history.”

It was a trip to France that first inspired Williams-Sonoma founder Chuck Williams to open a cookware shop in Sonoma, Calif., in 1956. Williams is credited with introducing American cooks to the soufflé dish, Madeleine mold and sauté pan, among several other French-made products. His passion for discovering and sharing the tools to prepare signature French dishes left a lasting impression on the American kitchen.