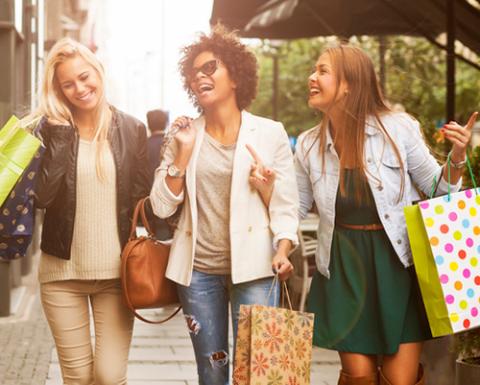 Consumers are likely to keep on shopping as lower inflation eases uncertainty.

That’s according to National Retail Federation chief economist Jack Kleinhenz, who predicts a modest slowdown from recent fast-paced growth as the Federal Reserve tries to bring inflation under control in the next few months.

“The Fed’s tightening has kicked off a new cycle of adjustment and the outlook for interest rates has consequences for consumers and businesses alike,” Kleinhenz said. “There is a growing list of uncertainties, and the risks are mounting. But underlying strength and momentum from both the consumer and business sectors are likely to offset a modest slowdown and should leave the economy bustling forward this year.”

While the Fed’s actions could mean higher car and mortgage payments, Kleinhenz said household finances have remained strong despite consumers’ worries over inflation and the war in Ukraine. In addition, fiscal and monetary policies from the Fed and other agencies that have combined with ongoing pandemic-induced supply issues to drive inflation are coming to an end.
Kleinhenz’s remarks came in the May issue of NRF’s Monthly Economic Review, which said inflation, though still strong, should slow in 2022, partly because year-over-year comparisons will be against already-elevated levels of spending in 2021.

The Fed is working on two fronts to slow inflation. First, it increased interest rates by a quarter of a percentage point in March and is expected to slowly raise the federal funds rate to between 2.5 and 2.75% in 2023 – the highest level since the middle of the Great Recession in 2008.

Secondly, this month it will likely begin reducing its assets holdings, which doubled to about $9 trillion during the pandemic. Selling off its balance sheet of government-backed and mortgage-backed securities should affect long-term interest rates and reduce the monetary stimulus the Fed has provided.

“The Fed is facing a tough problem,” Kleinhenz said. “Its playbook for tightening of monetary policy can exert pressure on demand. It doesn’t have a direct ability, however, to influence the supply side by producing more gas, planting fields of needed crops or manufacturing microchips.”