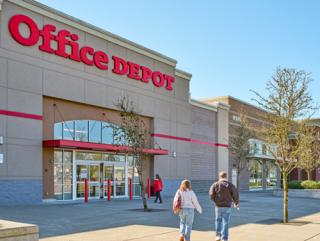 On the company’s earnings call on Wednesday, executives said the review should be completed in the “near term.” An update is expected before the end of the current quarter.

Sales totaled  $2.178 billion, compared to $2.174 billion last year. Sales in ODP’s retail division, which includes the Office Depot and OfficeMax banners, decreased 9% year-over-year to $943 million, which the company attributed to 114 fewer stores since the year-ago period due to planned closings. The company had 1,032 stores at the end of the quarter.

Sales at the company’s business solutions division rose 9% to $1.2 billion as workers returned to the office and education customers returned to classrooms.

“We again delivered solid operating performance against a macroeconomic backdrop that continues to be challenged by supply chain constraints, higher fuel prices, and inflation, as we utilized the strength of our distribution network and pricing flexibility to help offset some of these market dynamics,” said ODP Corp. CEO Gerry Smith. “We’re encouraged by the improving back-to-the-office trends that are helping us drive stronger operating performance in our contract channel, while our consumer business continues to execute well against its strategy, leveraging its highly focused store and digital presence to deliver solid results in the quarter.

As of March 26, ODP had total available liquidity of approximately $1.4 billion, consisting of $557 million in cash and cash equivalents and $874 million of available credit under the Third Amended Credit Agreement. Total debt was $199 million.