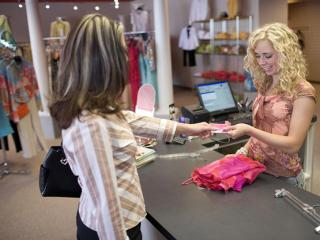 The National Retail Federation is joining forces with the Trump administration to increase the skills of current and future retail workers.

On Thursday, the NRF signed the White House’s “Pledge to America’s Workers.” The move positions both the NRF Foundation’s Rise Up job training program, and student program that exposes college students to career opportunities in the retail industry to help create enhanced career opportunities for 250,000 individuals over the next five years.

The new White House initiative is aimed at increasing the skills of current and future workers by expanding apprenticeships, educational opportunities and job training programs. NRF was among more than 20 companies and associations that signed the pledge. As part of the White House initiative, President Donald Trump also signed an executive order establishing the National Council for the American Worker, along with an external advisory board.

“For countless Americans, retail is the first step toward success in the workforce. But it’s more than a first step – it’s often an opportunity for a lifelong career,” said NRF president and CEO Matthew Shay said.

“Unfortunately, too many individuals either aren’t aware of the promising career paths in retail or lack the skills they need to get their foot in the door. And too many employers face talent shortages,” he added. “That’s why we’re committed to upskilling 250,000 workers over the next five years through our Foundation by expanding our programs for college students and building on our training and credentialing program for people with barriers to employment.”
Advertisement