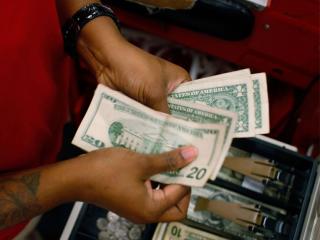 Digital transformation in retail is real, but traditional shopping methods aren’t going away just yet.

Seventy-six percent of consumers surveyed reported convenience as a leading motivation for shopping in-store, while another 56% cited speed of purchase as a top motivator. Ninety-two percent of shoppers surveyed report being somewhat or very satisfied with the in-store shopping experience, more than other purchasing options.

Eighty-one percent of Gen Zers and 83% of millennials surveyed have used a mobile purchasing option, compared to just 69% of Gen Xers and 43% of baby boomers. Although credit cards are the most popular overall payment method, used by 52% of respondents, 43% are still using cash and 42% pay by debit card.

Furthermore, there is growing interest in points-based payments, especially among younger generations surveyed. Twenty-nine of respondents percent report paying with points more often than they did last year, while 70% said they are somewhat or very interested in paying with points.
Advertisement