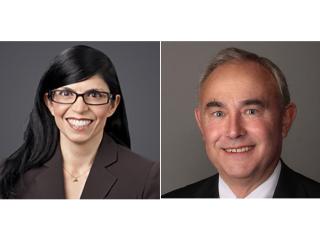 On March 7, 2019, the U.S. Department of Labor (DOL) unveiled its new overtime proposal notice of proposed rulemaking (NPRM), which would update the salary threshold according to which workers are entitled to overtime compensation. According to the proposal, the new salary level will increase from $455 per week (which amounts to $23,660 annually) to $679 per week (which amounts to $35,308 annually). If the proposal becomes final, this would be the first increase to the salary level since 2004.

In setting the 2004 standard salary level, the DOL used data that the U.S. Bureau of Labor Statistics collected to set a level that was “roughly equivalent to earnings at the 20th percentile of two subpopulations: (1) salaried employees in the South and (2) salaried employees in the retail industry nationwide.” The new proposed $679 per week standard salary level preserves the methodology the DOL used in 2004 based on “salaries in the South and in the low-wage retail industry—while updating that salary level to reflect the growth of nominal wages and salaries.”

According to a DOL press release on the proposal, the NPRM does not change the overtime eligibility for a number of jobs, including “police officers, fire fighters, paramedics, nurses, and laborers including: non-management production-line employees and non-management employees in maintenance, construction and similar occupations such as carpenters, electricians, mechanics, plumbers, iron workers, craftsmen, operating engineers, longshoremen, and construction workers.”

Secretary of Labor Alexander Acosta commented, “At my confirmation hearings, I committed to an update of the 2004 overtime threshold, and today’s proposal would bring common sense, consistency, and higher wages to working Americans.”

The latest proposal comes after the DOL gathered input from interested parties at six in-person listening sessions that it held in cities across the United States in the fall of 2018 and from its July 2017 Request for Information (RFI) in the Part 541 overtime regulations. Commenting on the overwhelming public input, acting administrator for the DOL’s Wage and Hour Division Keith Sonderling noted, “Commenters on the RFI and in-person sessions overwhelmingly agreed that the 2004 levels need to be updated.”

In November 2017, the U.S. Court of Appeals for the Fifth Circuit granted a motion filed by the DOL to hold in abeyance the DOL’s appeal of a district court decision that invalidated controversial federal overtime regulations the Obama administration promulgated in 2016.

The proposed changes are expected to have a substantial impact on retail employers. Among other things, retail employers fear that more managers might lose their exempt status in favor of hourly pay under the new rules. Negative employee morale may result from reclassifying managers as nonexempt, which would require that they start tracking their time and meal breaks. The new proposal likely will also have an impact on company policies, including a number of policies that apply only to exempt managers, such as the ability to work from home and the ability to access email remotely. In addition, retail employers are likely concerned with issues like geographic differences in pay and pay compression.

Al Robinson is shareholder and Hera Arsen is senior marketing counsel of Ogletree Deakins, a leading labor and employment law firm. Ogletree’s wage and hour practice group will continue to cover the proposed rule in depth on our Wage and Hour blog, which includes a variety of resources on the Part 541 overtime regulations and is frequently updated.
Advertisement