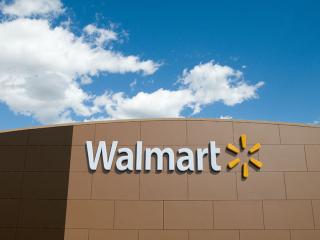 Walmart seems to be on a patent tear.

Throughout August and September last year, the discount giant was busy filing patent applications for technologies designed to bolster digital operations — including those that could create a more automated store-level experience. One of its newest patents, filed on August 24, 2017, is for a “smart” shopping cart designed to assist the shopper — and possibly even streamline navigation — throughout the in-store visit. The cart is equipped with a sensor that communicates with a mobile device. After receiving telemetry data, the mobile device delivers navigational information to the user, according to the filing.

The second patent focuses on in-store drone technology. Filed on Sept. 19, 2017, the technology is designed to work in conjunction with mobile devices. Users will be able to use a mobile device to request a drone, which will assist shoppers with “price verification or navigation assistance,” according to the filing.

This technology is in addition to a patent Walmart was granted on March 16, supporting drone technology designed to shuttle merchandise between departments and dedicated delivery locations within its stores.

Walmart is also interested in bolstering its fulfillment operations. One patent, filed on Sept. 20, 2017, targets wearable technology which will be worn by associates to better manage inventory. The technology aims to create an electronic imaging device that can visually display the weight and inventory levels of merchandise stocked on a shelf.

Rounding out the filings is a pair of autonomous technologies created for distribution operations. The first, filed Sept. 18, 2017, uses sensors and a geographical location system to automatically identify items being placed inside of a container, as well as the container’s location. All data is sent to users’ mobile devices.

The other system, filed on Aug. 9, 2017, supports a vehicle content identification system. Comprised of “a processor and a communications interface,” the solution can identify the contents on a vehicle down to the pre- and post-delivery weight, size, and temperature, the filing reported.

Walmart has not revealed specific plans to deploy the patents once they are granted. However, the efforts suggest that the discounter is trying to position itself to create more autonomous shopping experience — both in-store and in the warehouse.

Meanwhile, the store-level systems also could position Walmart to compete against its rival Amazon’s cashier-less convenience store, Amazon Go, which opened to the public in January.
Advertisement