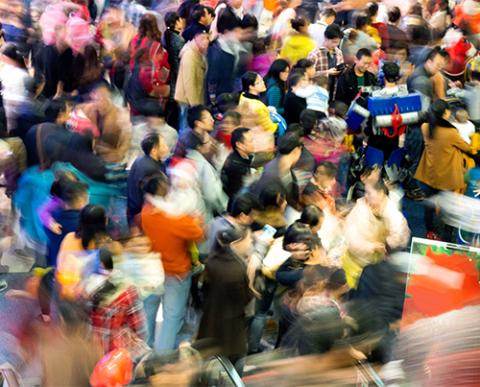 Americans who are eager to be celebrating the holidays with their families in person instead of on laptop screens are likely to be shopping early and often this year, according to reports from Placer.ai.

Retail visits that amped up early in the summer trended downward in August and September, but picked back up in October. Traffic that was down more than 3% during the week of September 13 moved into the plus column in of October according to traffic scans conducted by the foot traffic analytics company.

Visits made at Best Buy during the week of October 4 were up 1.1% over 2019 – almost as big a jump as the retailer’s Labor Day boost. Traffic the following week shot up 6.6% –a major increase that took place before the launch of “Member Mondays,” a special sales event for members of Best Buy’s new loyalty program Totaltech

“If early foot traffic data is any indicator, customers may be already feeling the sense of urgency,” said Placer.ai VP of marketing Ethan Chernofsky. “Although Best Buy has announced early Black Friday deals, it seems that some customers have already begun their holiday shopping even earlier.”

Malls that have widely improved their food and beverage selections are likely to see that strategy pay off during the holiday season, as well, Chernofsky said.

“The added focus many malls have placed on dining and entertainment options will only boost the draw they create,” he said. “This is even more important in a season that will be defined at least partially by supply chain challenges, when a shopping trip without a wider experience could be less successful than in the past.”

For an up-to-date preview of how the holiday shopping season may be shaping up, view this webinar to hear Chernofsky’s live assessment in the webinar Data-Driven Expectations for the Holiday Season.