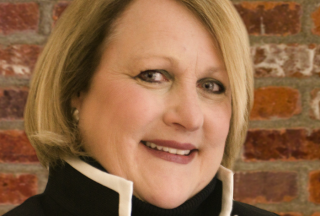 When Yaromir Steiner introduced Easton Town Center to Columbus, Ohio, 25 years ago, he was also introducing the concept of placemaking to the retail real estate industry. This many years later, mall and shopping center developers are all subscribing to his idea of providing quality dining and entertainment to increase traffic and dwell time. Steiner executive VP Anne Mastin, a past real estate VP at L Brands, heads up tenant curation at Easton and has just put together a new experiential roster for its new Urban District. We had some questions for her about the best way to build a food and entertainment business.

Word is that food and beverage establishments take in upwards of $100 million a year at Easton Town Center. What’s your secret?
I think that the secret is that we try to get a collection of restaurants that do not overlap. We try to allow each one to have their day in the sun with the category they’re in. We carefully select the best in each category and we’ll refresh concepts as time goes on. Also, we have critical mass. When people come to Easton, they know they have choice.

Have dining and drinking establishments increased significantly as a percent of gross leaseable area over the past 10 years?
We did add our new Urban District [pictured above], what we call our power village, so of course more restaurants are being added there. But in the Town Center per se, we had the formula for a significant restaurant presence from the beginning. We’ve probably added three restaurants from scratch, and when we think a restaurant is no longer fresh, we’ll replace it with something that is. We’ve taken some restaurants out and turned them into ready-to-wear. But restaurants have always been a driver at Easton -- the equivalent volume of two good department stores.

How big has food and beverage’s role become in the overall Easton experience?
It’s one of the top reasons people come to Easton. People come because they know we have something they can’t get anywhere else. We have the only Coopers Hawk and Mitchell’s Ocean Club, the first Cheesecake Factory in the area, and it drives a lot of traffic. In addition, our comedy club Funny Bone has fabulous big-name comics and is the top club in Ohio. Our AMC is the highest-volume theater in Ohio and one of the highest in the country.

Easton tends to go the extra experiential mile, doesn’t it? You offered romantic horse carriage rides for Valentine’s Day, for instance.
Every year we have our own version of the Macy’s Thanksgiving Day parade. We have the hot air balloons, though not as big as the ones in New York. Our Christmas tree-lighting ceremony has become a tradition in Columbus. We are constantly creating events people can connect with. We had artists come out and do chalk drawings. We have kids come to the center in superhero costumes. We have a Pet Parade. And, yes, we do carriage rides through the center at Christmastime and for Valentine’s Day. We also partner with local operators. COSI, the fabulous Columbus Science museum is doing an exhibit this week that has great appeal to kids.

And now Easton is expanding with the Urban District. What new food and entertainment will folks find there?
We searched high and low for one of the best microbrewers in the country and we found one in Forbidden Root. Not all microbreweries do a good job with food, but they have a great food component. We wanted bowling and games, so we brought in Pins Mechanical, an independent operator from Columbus. We could have gone with a national brand, but we preferred to be authentic. Our True Food Kitchen, a best-in-category for fresh cuisine, will be the first in Ohio. Then there will be the rooftop café at RH Columbus, Restoration Hardware’s three-story gallery store.
Advertisement