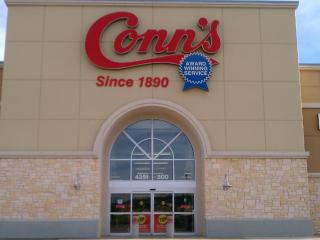 The Houston-based retailer of furniture, mattresses, home appliances and consumer electronics, opened its first location in the San Angelo market, at the Sunset Mall, San Angelo. The 43,000-sq.-ft. store joins more than 55 Conn's HomePlus locations in the brand's home state.

Conn's will complete nine projects in Texas by the end of the year, including seven new stores and two renovations. The company is also scheduled to open a 656,658-ft.-sq.-ft. distribution center in the Houston area in September.