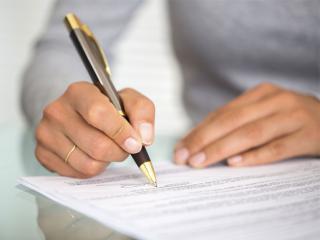 At a time when franchised businesses are more popular and prevalent than ever before in shopping centers, lease negotiations involving franchised operations still present some unique challenges. Those negotiations are inherently more difficult to complete, given the insertion of a third party into the discussions (whether directly or simply as a not-so-menacing specter).

Whether you’re the biggest Dominos franchisee in the nation or an independent renting space for your first shop, successfully navigating competing interests and acquiring a basic understanding of the franchise-specific issues that add to complexity to lease negotiations is essential.

The specific issues that arise in these types of transactions include:

Use clause flexibility. From the franchisee’s perspective, the narrower the use clause, the less ability you have to change course in the future without changing your obligations under the lease. Franchise tenants should be thinking proactively about maximizing their flexibility by negotiating a broad use clause. Landlords generally favor narrow use clauses, perhaps in these instances including lease language requiring the tenant to maintain its franchise agreement in full force and effect (and including remedies in the lease that result from defaults by the tenant under the franchise agreement). A broader use clause is preferable – even if it potentially conflicts with your franchise agreement. Remember, that’s an entirely different contract with a different party. If things go sideways and the franchisor releases you from your franchise agreement, the landlord will still expect you to pay rent for the duration of the lease agreement. And, if that transpires, you’re going to want to maximize your options. Also, be careful not to give away any hard-won ground on this point by agreeing to operate under a specific trade name – at least not after the use of the space is permitted to change.

Franchisor provisions. Virtually all franchisors want the ability to make sure that the landlord doesn’t evict the tenant or terminate the lease before they get a chance to step in and either cure the default or take over the space (either for themselves or for a new–presumably better–franchisee). Consequently, franchisors are likely to request a provision in the lease (or in a separate addendum, rider, or other agreement) requiring the landlord to notify them in the event of a default and allow them to cure the default, take assignment of the lease, and/or select a replacement franchisee. For its part, a landlord may wish to include certain standards in the lease that must be met by the new occupant (e.g., the operator is the franchisor itself or a duly authorized franchisee of the franchisor; the operator has a tangible net worth of a certain minimum amount; and the operator is fully trained, has a good reputation, and is capable of operating the business required to be conducted by the tenant in the leased premises).

From the franchisee/tenant standpoint, it’s important to address these issues early. Make sure that the landlord is amenable to these franchisor-required terms, or that you facilitate negotiations between the landlord and the franchisor and confirm that these issues have been resolved. There is not much point in going through the entire lease negotiation process only to discover that something one party wants is not acceptable to the other. One additional note on this issue: franchisees may be able to negotiate for a release from ongoing lease obligations in the event that the franchisor takes over or a new franchisee takes assignment of the lease.

Alterations and improvements. Franchisors may also want the lease to include language allowing the franchisee-tenant to install certain alterations and improvements (including signage) that reflect the standard trade-dress of the franchisor. Those aesthetic or configuration changes will need to be clearly outlined and documented for review and approval by the landlord, and this is, once again, something that should be resolved as early in the leasing negotiation process as possible. While you may be able to secure landlord approval based on a standard or generic set of criteria for tenant improvements and signage, kicking the can down the road can be problematic. Because you, as a tenant, may not have much (if any) flexibility with your franchisor on these issues, securing landlord approval up front is critical. Otherwise, you could spend a great deal of time and energy and still end up with a disconnect that could potentially kill your deal.

While the above issues are far from the only franchise-related leasing details that might need to be resolved, they are items that are frequently discussed in these types of transactions. Securing the assistance of knowledgeable legal counsel and/or an experienced broker can be very helpful, particularly if you don’t have a franchisor that is working closely with you and educating you up front about these potential complications. If these issues remain unaddressed or unresolved at a letter of intent stage (where the big deal points are captured) things can become more complicated–and costly–to resolve. The bottom line? It can be much harder and take more time to get these things done if you wait, so consider getting one or more professionals involved as early in the process as possible.

Todd Schafer is a member of Dawda, Mann, Mulcahy & Sadler, PLC, where he concentrates his legal practice primarily in the areas of real estate and corporate law. Contact Todd at [email protected].
Advertisement