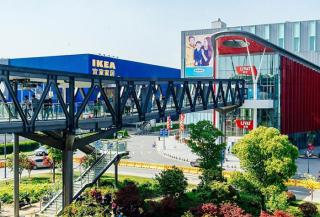 Ingka Centres, the shopping center unit of Ikea that was formerly known as Ikea Centres, has announced a major worldwide expansion than includes the United States.

The company wouldn’t name specific metros it's targeting here, but a company spokesperson told Chain Store Age it would be a “handful of the most high-profile cities in the U.S.”

Ikea has not been a center developer in North America, but it operates 45 centers Europe, Russia, and China that work off a basic formula of an Ikea store and a major home goods big-box connected to a mall full of internationally known names and luxury brands.

Ingka Centres will ramp that total up to more than 70 with this expansion in its current markets and now is extending to India, as well as North America. But whereas most of its centers reside in large plots on the outskirts of cities, these will be mixed-use projects aimed at city centers.

The company announced the expansion plan at this week’s MAPIC Show in Cannes, stating it would invest $6.6 billion dollars over the next three years to make it a reality.

Ingka Centres’ first urban concept will be delivered in the Linkong district of Shanghai in 2022. Construction has begun on the 300,000-sq.-ft mixed-use center, which at an estimated cost of more than $800 million is the company’s most expensive project to date.