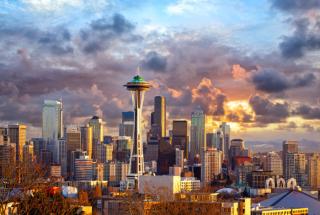 Metro areas located near the seacoast and those with active tech industries found themselves in the upper echelon of Marcus & Millichap’s 2019 National Retail Index.

M&M’s annual ranking has less to do with the health of retail as it does the health of the local economy and construction activity. Markets are ranked based on employment growth, vacancies, and rents, among other factors.

Robust employment in the tech center helped land Seattle-Tacoma and San Francisco atop the list. Rounding out the top 5 were Raleigh, Boston, and Portland.

In the top two markets, restrained construction and steady demand has held vacancy rates below 4% for several years. Large tech workforces in Seattle and San Francisco, the report noted, make for populations with the level of discretionary spending power that benefits retail.

“From a retailer’s standpoint, the top markets in this index could be really hard to break into because of lack of availability and high rents,” said Barry Wolfe, senior managing director of Marcus & Millichap. “Some that jump out to retailers wanting to expand into a market with several locations are Raleigh, Nashville, and Dallas, where rents are more stable and there’s phenomenal population growth.”

The Top 20 on the Marcus & Millichap National Retail Index: