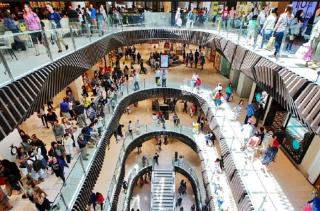 Has the retail apocalypse cometh? Nay, says research company MSCI — at least not for investors with an eye for the right property.

“Despite the inexorable rise of e-commerce over the last 20 years, retail asset performance has been surprisingly resilient, providing stable returns and operating metrics during this time period,” said a new MSCI report titled “Retail Apocalypse: Should Mall Owners Be Worried?”.

Indeed, over the past five years, retail real estate assets have produced an annualized total return to investors of 10.4%, compared to 10% for non-retail assets, according to MSCI.

What’s more, when comparing regional malls, neighborhood centers, and power centers, MSCI found rates of return for these various formats to be in the same ball park.

Why are shopping centers performing better than the general public thinks they are? Here are some of the reasons proposed by report authors Amit Nihalani and Bryan Reid:

• Consumer spending is not a zero-sum game. Every additional dollar of online spending does not equate to a dollar less spent in stores.

• Expanding retailers operate in thriving segments, while closures tend to be concentrated in segments with declining profitability.

• The growth of omnichannel strategies — where retailers adapt their online and offline strategies to complement each other.