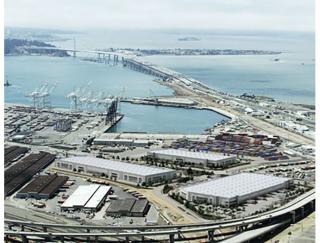 Prime logistics rents — the top prices for quality warehouse and distribution center space — ratcheted up by 100 basis points in the year ending March 31. That’s a sure indicator of retail health, according to one of the world’s largest commercial real estate services firms.

A report from CBRE states that the 3.2% rent increase worldwide and the 4.8% rise in the United States resulted from strengthening economies and greater demand for goods — whether purchased online or in stores.

Of the 10 global logistics hubs registering the largest gains in prime logistics rents, four are in North America .Vancouver posted a 29% increase that was influenced by a lack of land available for industrial development in what is Canada’s largest port. U.S. cities in the top 10 were Oakland (+14%), Seattle (+13.4%), and New Jersey (+9.5%).

“Each of the three U.S. markets with the biggest increases in prime logistics rents are near busy seaports but have little land available for industrial development,” said Adam Mullen, leader of industrial and logistics at CBRE Americas.

Rounding out the top 10 were Budapest, London, Tilburg/Eindhoven, Paris, and Manchester/Liverpool — and Beijing.