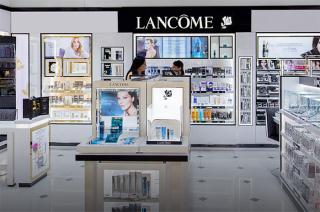 Travel retail sales are poised to exceed $1 billion with five years amid surging growth in fragrances and beauty.

The global travel retail market, valued at $69.5 billion in 2016, is projected to reach $125.1 billion by 2023, growing at a compound annual growth rate of 8.9%, according to a report by Allied Market. The largest segment of the market is perfumes and cosmetics, which enjoys a strong customer base. Some of the leading companies, including Estee Lauder, L'Oréal, Rituals Cosmetics and Revlon, are expanding their businesses by opening outlets at every international airport with an exclusive and wide range of fragrances and skin care products.

The study, “Travel Retail Market by Product and Channel: Global Opportunity Analysis and Industry Forecast, 2017-2023,” noted that the second largest revenue contributor in travel retail revenue is wines and spirits. The segment, particularly the luxury end, has increased considerable growth in the past few years.

As to what’s driving the growth of overall travel retail, the report cited a combination of factors, including development of the travel and tourism industry, rapid urbanization, and change in lifestyle, owing to increased disposable income of the consumers. In addition, increases in travel and tourism in the emerging economies, such as Asia-Pacific, is anticipated to create lucrative opportunities going forward.

Europe is one of the largest travel retail markets, owing to its stronger base of luxury products. The region possesses some of the biggest apparels and cosmetics brands, namely, LVMH from France and H&M from Sweden, which hold a significant share in the luxury apparels, perfumes, and cosmetics sector.

Wealthy tourists from the Middle East, China, the U.S., and Russia contribute significantly towards the growth of the European travel retail market. Being the historical home of most of the luxury houses, Europe's market accounts for nearly $21 billion of the travel retail sector.

Additional findings of the study include:

• Perfumes and cosmetics accounted for more than 30% of market share in 2016, and is expected to dominate the global market by 2023.

• The luxury goods segment is expected to grow at the highest CAGR of 11.5% during the forecast period.

• Asia-Pacific is the largest travel retail market in the world, and is growing at the fastest rate owing to improvements in living standards, rise in disposable income, and development of the tourism industry.

• China is the major shareholder in the Asia-Pacific travel retail industry, and accounted for around 65% share in 2016.
Advertisement