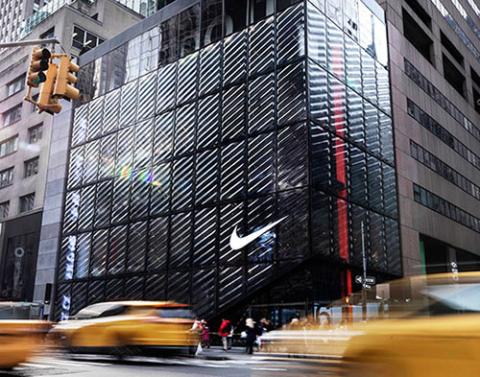 Nike will end operations in Russia.

Nike is reportedly following in the footsteps of Starbucks and McDonald’s.

According to CNBC, the global athletic brand is shuttering its operations in Russia due to the ongoing invasion of Ukraine. Nike temporarily closed all of its corporately owned and operated stores in Russia on March 3, although stores open by local franchise partners remained open.

“Nike has made the decision to leave the Russian marketplace. Our priority is to ensure we are fully supporting our employees while we responsibly scale down our operations over the coming months,” the company said in a statement emailed to CNBC.

Russian media reported in May that Nike did not renew franchise contracts with its largest franchisee in Russia, Inventive Retail Group (IRG). IRG operates 37 franchised Nike stores in Russia through its subsidiary Up And Run.

The combined Russia-Ukraine market generates less than 1% of Nike’s global revenues, making the move largely symbolic. Nike is also launching efforts to exit Russia ahead of possible laws the country may pass that would penalize foreign companies which shut down there in response to the war with the Ukraine.

Starbucks, McDonald’s plan Russia exit
Other major retailers are also ceasing operations in Russia in response to its war with Ukraine. Coffee giant Starbucks announced in a May statement to employees that it has made the decision to exit and no longer have a brand presence in Russia. Starbucks has 130 locations in the country, with all of them licensed.

"We will continue to support the nearly 2,000 green apron partners in Russia, including pay for six months and assistance for partners to transition to new opportunities outside of Starbucks," the company stated.

Starbucks, which has been operating in Russia for 15 years, initially announced on March 8, 2022 that it would pause all business activity there, including the shipment of all Starbucks products, due to the Russian invasion of Ukraine. At that time, the company said its licensed partner Alshaya Group had agreed to immediately pause store operations and would provide support to the nearly 2,000 Russian employees.

And three days after its May 16 announcement that it would exit the Russian market and had initiated a process to sell its Russian business, McDonald's Corp. entered into a sale and purchase agreement with existing Russian licensee Alexander Govor.

Under this agreement, Govor will acquire McDonald's entire Russian restaurant portfolio, which includes 850 restaurants, and operate the locations under a new brand. Since 2015, Govor has served as a McDonald's licensee and has operated 25 restaurants in Siberia.

As a result of its exit from Russia, McDonald’s expects to record a write-off of $1.2 billion to $1.4 billion and “recognize significant foreign currency translation losses previously recorded in shareholders' equity. The fast-food giant opened its first restaurant in Russia in 1990, in Moscow.

To prep for the sale, McDonald’s said it would be "de-Arching" its Russian locations, which entails no longer using the McDonald's name, logo, branding and menu. The company said it will keep its trademarks in Russia.