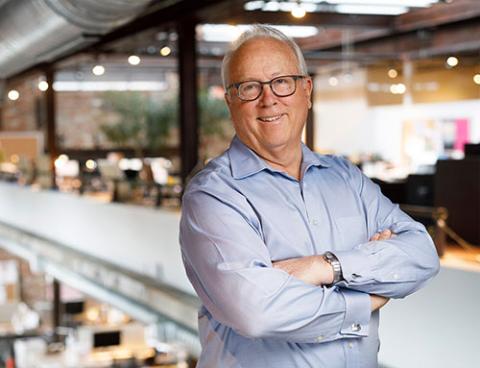 Denny Gerdeman is stepping down.

Gerdeman, co-founder and chairman of Chute Gerdeman and a widely respected leader in the retail design industry, has announced his retirement from the firm he founded with his wife, Elle Chute in 1989.

Gerdeman led the agency through a revolutionary era of change in retail and restaurants. In 2017, he oversaw the acquisition of Chute Gerdeman by FCB North America, part of Interpublic Group. This strategic integration into a larger agency network has allowed for new opportunities and growth across new categories.

“Denny’s lasting legacy will be building Chute Gerdeman into a top-ranked design firm, but also forging an entirely new industry,” said Tina Manikas, president, FCB/RED. “His vision as one of the vanguard of leaders who saw the potential of retail design as a viable and necessary capability has forever changed creative services for brands and retailers. His tenacity, grit, and leadership will be missed, but we will carry on his efforts.”