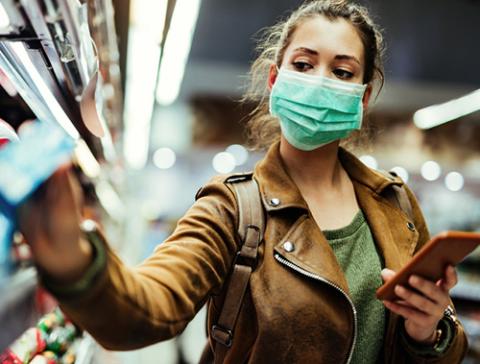 Consumer spending slowed in August as some federal relief measures, including the $600 weekly unemployment subsidy, ended in July.

Retail sales in August inched up 0.1% seasonally adjusted from July and up 5.6% unadjusted year-over-year, according to the National Retail Federation, whose metric excludes restaurants, gas stations and auto dealers. (The U.S. Census Bureau, which includes the categories excluded by NRF, said that overall retail sales rose 0.6% from July and 2.6% year-over-year.)

The August NRF numbers come after a 0.6% monthly increase and 9.6% year-over-year increase in July.

“August was topsy-turvy as COVID-19 brought a lot of shifts and uncertainty regarding back-to-school spending and other issues but consumer spending remains intact even if sales grew less than July,” said NRF chief economist Jack Kleinhenz. “Retail spending habits have remained largely consistent and stable these past few months since stores began to reopen.”

Some consumers likely reduced their spending with the end of the $600 supplemental unemployment benefits for those out of work, but savings from that and other government cash helped support spending, Kleinhenz added.

“At this juncture, it is difficult to sort out how much economic activity is due to government support and how much is evidence of hardcore demand due to recent job gains,” he said. “August numbers might have been higher if not for small businesses struggling with reopening and the return to full operations.”

A little more than half of retail categories saw month-over-month gains and two-thirds saw year-over-year increases. The biggest monthly gain came at clothing stores, whose sales rose 2.9%. But sales remained far below – down 23.5%   last year.