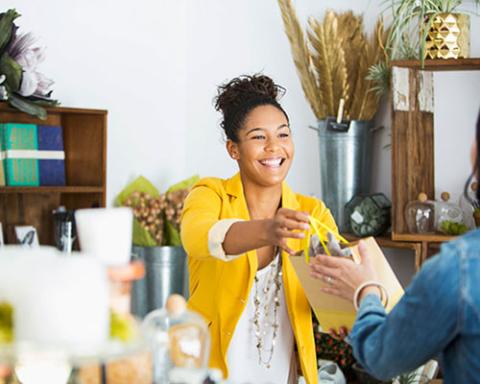 Higher prices, omicron and the end of the enhanced child tax credit didn’t stop consumers from spending in January as retail sales rebounded from December, boosted by online and home furnishings.

Retail sales rose 4.7% in January from December and were up 8.5% year-over-year, according to the National Retail Federation, whose “core” calculation excludes automobile dealers, gasoline stations and restaurants. By comparison, core sales in December fell 3.6% month-over-month.

Overall retail sales as reported by the U.S. Census Bureau rose 3.8% in January from December and 13% year-over-year, beating the Dow Jones estimate of a 2.1% monthly rise. It was the largest increase since March and comes after overall retail sales in December fell 2.5% from November. Despite occasional month-over-month declines, sales have grown year-over-year every month since June 2020, according to Census data. (The NRF and Census Bureau numbers were not adjusted for inflation.)
“January sales overcame major headwinds that make the results all the more impressive,” said NRF chief economist Jack Kleinhenz. “A triad of forces weighed on consumer behavior and spending as weather slammed a large portion of the United States, the omicron variant was relentless, and inflation was escalating. On top of that, the enhanced child care tax credit ceased at the end of 2021, impacting millions of families. Despite all that, consumers ramped up spending even after a record-breaking holiday season.”

January sales were up in all but two categories — health/personal care and sporting goods — on both a monthly and yearly basis. Monthly gains were led by online and home furnishings.

Specifics from key sectors include are below.