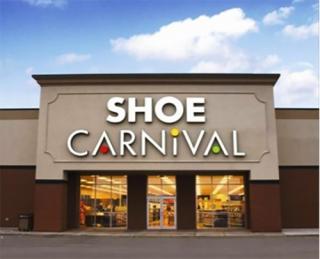 Shoe Carnival Inc. has named its next chief executive officer.

The footwear retailer said its board has unanimously elected Mark Worden, president and chief customer officer, as its next CEO, effective September 30, 2021.  Worden will succeed Cliff Sifford, who will step down at that time, but will continue to serve as vice chairman of the board. Sifford, who started at Shoe Carnival in 1997, has been CEO since 2012.

Under Sifford’s leadership, Shoe Carnival’s revenues grew to over $1 billion, with eleven consecutive years of comparable store sales growth leading into fiscal 2020. He also oversaw the strategic investments in the company’s CRM system and the launch of its e-commerce platform.  Together, Sifford and Worden achieved record sales and profit results in fiscal 2019 and significantly advanced the company’s strategic priorities in fiscal 2020, despite the impact of the COVID-19 pandemic on the global economy.

Worden joined Shoe Carnival in 2018 as executive VP - chief strategy and marketing officer and has served as president and chief customer officer since 2019. He will retain the title of president.

“Mark [Worden] has made tremendous contributions to Shoe Carnival, and I have enjoyed working alongside him over the past several years,” said Sifford. “I have the greatest confidence in his ability to lead the company as we embark on this new chapter. His strategic direction, deep knowledge of our customers, digital expertise, and unwavering commitment to our employees makes him the perfect fit for this role.’