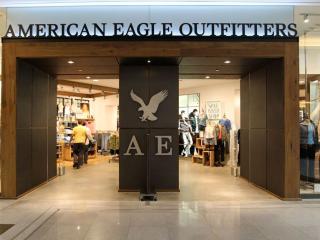 “Aerie represents a meaningful growth engine for AEO [American Eagle Outfitters],” he said. “Anchored on the body positivity movement, we continue to register record growth and market share gain across the intimate space. … Our sights are set on reaching our next brand milestone of $1 billion in sales.”

To help reach that target, the retailer plans to ramp up Aerie’s store opening plans for next year with up to 50 to 80 locations, including a number of new markets.

“Stores remain an important tool in building the Aerie brand and we see tremendous runway for growth,” Jennifer Foyle, global brand president, Aerie, said on the call. She added that Aerie’s online business is “simply spectacular, producing a 30% sales gain in the quarter.”

Revenue rose to $964.9 million from $844.6 million, which was better than expected. Consolidated same-store sales rose 9%, also more than expected.

“The second quarter results exceeded our expectations, delivering record sales and 79% growth in adjusted earnings, “ stated Schottenstein in a release. “This marked our 14th consecutive quarter of comparable sales growth, with the American Eagle and Aerie brands posting positive results across both stores and e-commerce.