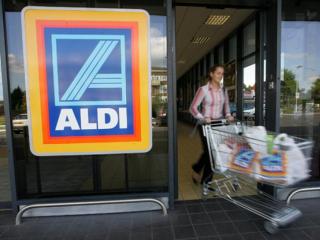 Forget the headlines. Grocery stores are nowhere near extinction due to the battle between online and brick-and-mortar grocery stores. Although online grocery is now the fastest growing grocery channel with a CAGR of 19.5%, it represents only 2.0% to 4.3% of the $700 billion U.S. grocery market, and has a long way to go to dethrone physical grocery stores. According to IGD, the U.S. online grocery market was $23.9 billion in 2018 and is predicted to grow to $59.5 billion by 2023, still less than 10% of the size of the entire grocery channel.

Grocery stores are in fact in a new period of growth and reinvention. Although the Amazon effect is placing pressure on both brick-and-mortar and online retailers, it is also ushering in a future of transformative changes for grocery stores. Here are some of the changes coming.

Customer experience will be huge

In the future, stores will cater to shoppers’ insistence on a seamless experience whether they are in the store or shopping online. Retailers will create experiences that easily guide customers through the store to make shopping trips faster and easier. For example, some stores are activating customer data and working closely with brands to create new in-store experiences that make shopping easier for customers including organizing product sections around consumer needs, such as gluten-free and organics, or moving ready-to-eat meals to the front of stores. Metro, Canada has created new in-store experiences in dairy, frozen food, and beverage and snacks.

Grocers will also be taking a page from retailers that are creating “experience destinations” based on the needs of their communities. For example, Raley’s is building a new flagship store that “will emphasize healthy living and destination meal offerings, with key features including a loft dining area, wine tasting room, sushi and bakery departments and 25,000 square feet of outdoor seating.”

Future shoppers’ grocery store visits will be driven by a desire for inspiration in their leisure time, instead of just needing to restock their kitchens. They’ll visit to experience new products in-person and via augmented reality, participate in cooking demonstrations, and enjoy activities like wine tastings.

Convenience will be center stage

Twenty years ago Jeff Bezos predicted that brick and mortar stores would survive only if they provided either entertainment value or immediate convenience, and that has proved largely true for grocery stores. Shoppers in the future will continue to be pressed for time and will want to shop at stores that are conveniently located, have the right variety of products to meet their needs, and where they can get into and out of quickly.

Before even leaving for home, the shopper’s integrated smart home will help inventory what items need to be purchased and add those items to the list that is then automatically relayed to the retailer to

prepare for the shopper for either home delivery or click and collect in store. Once the shopper arrives, the retailer will alert the shopper of real-time promotions that are based not only on their shopping patterns but also on other variables such as the weather. On a rainy day, a shopper may have soup coupons displayed on their phones, whereas on a hot day a shopper may have coupon deals for a barbecue dinner.

Once inside, shoppers can open a mobile app to enable personal pricing on digital shelf edges. They will also be able to scan and pay for their items with their phone.  Before exiting, shoppers will also have "infinite" options available for home delivery or click and collect.

The stores will carry about 5,000 items compared to today’s stores that have 45,000+ SKUs. The stores will focus more on local, regional offerings as well as on private brands. Dark stores will likely attach to the smaller footprint store from where products will be picked and staged for pickup or delivery.

Beginning with the Great Recession, consumers have become very price conscious and have grown used to looking for the lowest prices for their groceries. And more than 10 years later, consumers remain very price conscious resulting in the price sensitive and low-income consumer demographic is the fastest growing demographic. So, it’s not surprising that 2018 saw a 30% increase over 2017 in new grocery store openings according to JJL that were largely propelled by the number of discount stores openings.

Aldi opened 82 stores in 2018, accounting for nearly 16% of all grocery stores opened during the year.

Aldi alone opened 82 stores accounting for nearly 16% of all grocery stores opened in 2018. Over the next five years, the discounter will build 800 more stores and have just shy of 3,000 stores in the U.S. In fact, Aldi plans to be the third largest grocer – after Walmart and Kroger – by 2022. Trader Joe’s, part of the Aldi Global family, also plans to add 25 to 30 new stores this year and due to its superior focus on price and quality was named for the second year in a row as the top-rated grocery retailer in dunnhumby’s Grocery Retailer Preference Index. Lidl recently announced plans to open 25 more stores in the U.S. as it continues its expansion in the U.S. market.

Discount stores are the second fastest growing grocery channel next to online grocery and are expected to grow at a CAGR of 5.8% and will be $514 billion by 2022. With discount stores offering lower prices, private brands that consumers are growing to love, and with nimble stores to get into and out of quickly, it is not surprising they are expected to continue growing at a brisk rate in the future.

The robots are here — and more are coming

Robots, drones and other forms of automation have already arrived to a number of grocery retailers and more will be coming. Some retailers are already using automation and artificial intelligence to closely monitor inventory and picking in the warehouse and to make sure their inventories can be replenished within a day instead of weekly. Drones will also be used to hover above the aisles and scan inventory. In fact, Pensa, a startup based in Austin, drone solution that does just that is expected to be in stores by the end of the year.

Grocery stores will be automating routine and time-consuming tasks, to not only save money but also free up customer service people to engage with customers. Retailers that have built up troves of customer data through loyalty programs over the years will also be at an advantage. By utilizing video analytics and artificial intelligence, retailers will be able to predict customers’ state of mind and then be able to make timely recommendations to customers as they shop.