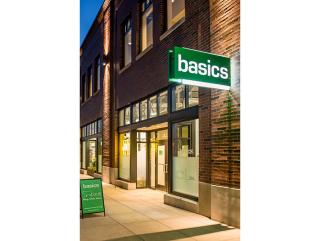 A format that blends a grocery store with a nutritionally-minded cooking school is expanding in its home base.

Basics Market, which made its debut last summer, in Portland, Ore., is adding two more locations. The retailer, which will open in Tualatin, Ore. in late summer, has announced a third location, set to open in Portland’s Pearl District in late fall. The Basics Market concept was created by Chuck Eggert, who founded Pacific Foods and sold it to Campbell’s Soup in 2018 for $700 million dollars

Tailored to fit the needs of the local neighborhood, the 13,000-sq.-ft. Pearl District store will introduce expanded offerings, including a beer and wine bar and a cheese aging “observation” station. Similar to the first Basics location, it will feature a traditional neighborhood market, rotating meal stations, nutrition classes and a cooking school under one roof.

The new Portland store will feature monthly rotating meal stations with ingredients organized by recipes that are inspired by seasonal and regional products. It will also house a “Discovery Kitchen and Nutrition Classroom” that will offer state-of-the-art cooking facilities and a robust schedule of free classes that include interactive demonstrations and hands-on workshops.