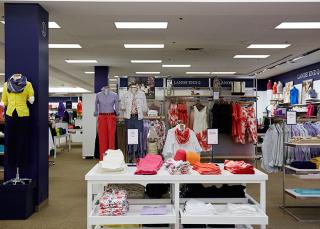 Lands’ End is on the comeback trail.

For its fourth quarter, the apparel retailer recorded its third straight period of sales growth after 11 consecutive quarters of declines.

Operating some 180 shops in Sears stores, Lands’ End sales have been under pressure as the chain continues to shrink its store portfolio. (Lands’ End was acquired by Sears in 2002 but was spun off by the struggling retailer in 2014.) Moving forward, Lands’ End is taking its brick-and-mortar footprint into its hands, with plans to open 40 to 60 locations over the next five years.

“We will put our retail destiny firmly in our own hands as Sears continues to close locations,” CEO Jerome Griffith said on the company’s quarterly conference call with analysts. “Our real estate team is exploring opportunities and locations where we have strong brand recognition, focusing on high-traffic areas and convenience.”

Lands’ End will open its new store prototype in the second quarter, in Chicago, Griffith said, with four to six stores planned to open over the course of the year.

“As we open stores throughout the year, we will leverage our customer data and analytics to ensure that our locations are ideal for the brand and our customer base,” he told the analysts.