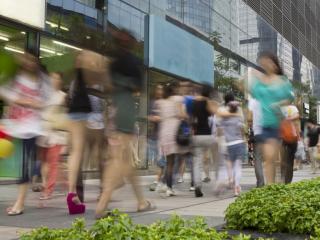 Yes, some very well-known retailers are closing stores. But that’s not the story — not by a long shot.

According to new research from IHL Group, North American retailers will open 12,663 stores and close 8,828 stores in 2018, for a net increase of 3,835 store locations. The report found that a handful of retailers — 16 companies — represented 66% of the total number of store closings. For restaurants, 16 companies represented 74% of all net closings.

“We can’t emphasize enough that the closings have been driven by a handful of retailers, not the entire market,” IHL stated.

IHL’ Retail's Radical Transformation/Real Opportunities report reviews 1,485 retail chains with 50 or more locations on net store openings and closings. It found that while physical retail is thriving it is also changing drastically.

"There has been a great deal of negative press about retail in the last two years," said Greg Buzek, president of IHL Group. "Overall retail is very healthy… But there are vast differences in retail segments with some growing rapidly and others struggling."

According to the research, grocery stores, drug stores, mass merchants/supercenters, and convenience stores are adding a net 2,694 stores in 2018. The increase is on top of 3,115 net new stores in 2017.

"Off-price retailers, dollar stores, grocery and restaurants are seeing great growth," added Buzek. "It is the apparel and department stores that continue to struggle and the C & D class malls that really need to adjust in this new market to drive traffic. The strong growth is at the high end and the low end side of retail and these are generally A-level malls and off mall locations."

The report detailed the growing influence of Amazon, noting that 55% are now members of Amazon Prime. To compete in today’s evolving marketplace, retailers need to invest in their people, technology and ambience of their stores.

“There is a reason that Publix, Wegmans, Apple Stores and Chick-fil-A make multiples of net profit more than their competitors,” the report stated. “Their people and their stores are more inviting and customers like to shop there.”

Along with improving their experience, stores need to attack their out-of-stocks. Upwards of 24% of Amazon sales can be attributed to customers who first tried to buy the product at a local store but found it out of stock, according to IHL.

“When consumers had to shop for everything at a bricks and mortar store, retailers could often get away with poor inventory levels and out of stocks,” the report stated. “Not anymore. Amazon is almost always in stock…Walmart’s marketplace is another competitor. The retailers that will survive and thrive will invest in technologies such as RFID and computer vision to right-size their store inventory and eliminate out of stocks.”