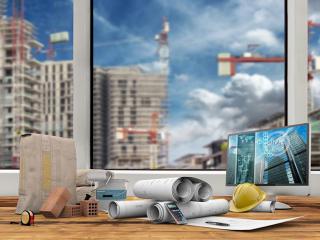 Retailers want Congress to pass a bill that would allow retail stores and restaurants to write off the full cost of improvement projects immediately.

On Monday, 872 business associations and companies, including the National Retail Federation and the Retail Industry Leaders Association, sent a letter to Congress urging members to support the Restoring Investment in Improvements Act, bipartisan and bicameral legislation that would fix a drafting error in the tax reform law that took effect in 2018. The error relates to depreciation rules is delaying millions of dollars in job-creating investments in stores and restaurants across the country.

Under the Tax Cuts and Jobs Act, remodeling and other improvements to stores or other buildings were supposed to be fully depreciated in the first year the work is done. Instead, a mistake in the legislative language requires that depreciation be done over 39 years. As a result, companies can only deduct 2.5% of costs in the year the investment is made and must deduct the remaining 97.5% over the following 38 years.

The Restoring Investment in Improvements Act, introduced by Representatives Jimmy Panetta, D-Calif., and Jackie Walorski, R-Ind., would correct the error in the tax law and allow retailers and restaurants to write off the full cost of improvement projects immediately, dramatically reducing the expense and making it far more likely that the projects — and the economic benefits that come with them.

The letter says the consequences of the error include loss of construction jobs, delays in store/ restaurant remodeling projects and declining sales for lighting, lumber and building supplies and HVAC equipment. They also include the hampering of building owners’ ability to offer “improvement dollars” in their lease terms to retain existing commercial tenants or attract new ones.

“There are many compelling reasons, in addition to the ‘zero’ cost, for Congress to act as quickly as possible to address this problem,” the coalition wrote. “Current law is slowing investments in QIP and commercial renovation projects—the opposite of lawmakers’ longstanding goal to grow such investments and fuel-related economic activity. Not surprisingly, it is causing numerous negative ripple effects for individuals and businesses, including on job creation, sales of QIP products and building supplies, property values, building occupancy and rental income, cost-saving energy efficiency gains, and even on fire safety … Every day the mistake in current law persists means foregoing significant investment in QIP and a loss of related economic activity and other benefits to our communities.”
Advertisement