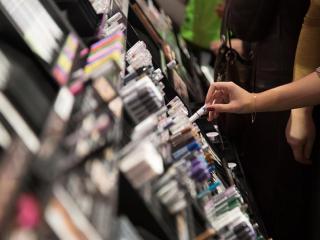 If you’ve set foot on any retail trade show floor this year, you’d think every consumer in the United States was demanding a retail experience enhanced and in some cases even defined by augmented reality. But as those of us in the trenches know, augmented reality is far from a reality – in large part because consumers aren’t ready for it.

As further evidence, even for those consumers who do want to dip their toes into AR, consuming augmented retail experiences aren’t the first use cases on their minds. Instead, they’d like to use AR to learn about places they might like to visit, or to master new skills and techniques, according to a study released at CES this year.

While continuing to adopt new technologies to evolve the digital experience for shoppers is crucial, the foundation of the future of retail lies instead in how we look at and leverage the physical realm to deliver experiential purchasing experiences. In that light, retailers can borrow many lessons from the ways in which developers and the stores within them have approached the creation of so-called “live, work and play,” spaces.

From New York’s Hudson Yards, to the redevelopment of a naval air base in suburban Weymouth, Mass., building mini cities and neighborhoods where people can live, shop, and in some cases even work are driving forces for continued growth in commercial and residential development. The lessons for retailers here extend beyond simply being in the spaces, to applying the very model of “live, work and play” that underpins them in developing their experiential retail strategies. It’ll pay off.

According to a report from Global Data, centers that had services beyond the goods themselves drew more visits and a higher average spend per visit, 18.9 visits per year and $142 per visit. That’s compared to 10.2 for shoppers using a mall without a strong non-retail offer, spending on average $54.

A classic example of this is Ulta, the fast-growing chain of beauty stores in the white hot health and beauty space. Its beauty products are organized into higher and lower-priced categories, and the brand augments these with in-store services such as hair, skin and brow treatments.

But beyond offering traditional services alongside products, innovative brands are looking at ways to partner to bring the store, and as a result the brand, to places or people that make perfect sense, but which haven’t up until now been explored.

For example, J Crew recently partnered with WeWork, which provides shared office and co-working spaces. In WeWork locations around the country, J Crew opened pop-up shops to sell items from its spring collection, while also hosting panel discussions on topics like entrepreneurship and goal-getting In turn, it featured WeWork members in its catalogue modeling J Crew clothes and items, aiming to highlight the diversity of the WeWork community.

Seeing, and reacting to, the emotional customer response is something that not even the most advanced augmented reality or even digital strategy can replace. And it is why the store will continue not only to be relevant, but a key piece of every retailer’s growth strategy. Retailers that partner and innovate to deliver experiential retail strategies will engage and delight customers, and not only survive, but thrive because of their irresistible in-store experiences.