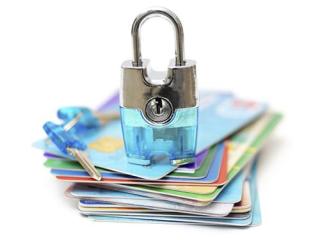 Digital fraud is on the rise, but most U.S. consumers are in the dark about how to protect themselves against it.

Fifty-eight million U.S. consumers had a new account opened without their authorization in the last 12 months, according to a new study from IDology, a GBG company. The figure represents a 21% increase in fraudulent consumer account openings from 2020. Yet, IDology's Fourth Annual Consumer Digital Identity Study indicates that less than half of U.S. consumers know how to protect their data and identities.

IDology data also indicates that 96 million U.S. consumers expect the number of fraud attempts involving their identity or accounts they own to increase over the next 12 months. Amid the rise in unauthorized account openings, 61% of consumers surveyed by IDology are concerned their personal information will be used by criminals to open a new financial account. At the same time, many respondents appear ill-prepared to protect their data. Only 45% believe they have the wherewithal to defend themselves against cyberattacks and fraud.

Meanwhile, trust in companies to responsibly use consumer data is on the decline. Seventy percent of respondents suspect that companies gather data without their permission, and 59% don't think companies do enough to safeguard the personal identifiable information they possess. This raises significant worries for consumers, with 53% very or extremely concerned with the practice, which explains why 90% support legislation similar to the California Consumer Privacy Act (CCPA) in their states or at federal level.

A recent survey of 2,000 U.S. and U.K. consumers from Marqeta also shows widespread consumer concerns about the safety of their data. Two-thirds (65%) of respondents said they are more concerned about fraud since COVID-19, and roughly the same percentage (67%) said they think shopping online more during COVID-19 has put them at a higher risk of fraud. Close to six in 10 (58%) said they think the risk of fraud makes them less likely to try new forms of payment.

"The necessity of widespread reliance on digital services and transactions has created novel opportunities for consumers, business and fraudsters," said Christina Luttrell, CEO of IDology. "Cyberattacks, including ransomware and phishing, combined with surges in new account opening fraud and heightened privacy concerns have amplified the critical need for businesses to build trust and protect consumer data. Creating moments of trust throughout the customer journey, beginning with account creation and onboarding, is rooted in access to diverse data attribute streams that give way to seamless, secure identity verification."

To obtain a copy of the Fourth Annual Consumer Digital Identity Study: Inside the Mind of the Insecure, COVID-Weary Consumer, click here.