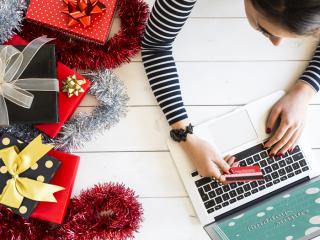 Adobe has released its final recap of online spending for the 2017 holiday season, and the results testify to the growing popularity of mobile commerce.

Online sales hit a record $108.2 billion for the combined November to December period, up 14.7% over last year and slightly over 2016’s 14.4% growth, according to Adobe 2017 Online Shopping Holiday Report. Revenue from mobile totaled $35.9 billion, making up 33.1% of online revenue during the holiday season, with 28% year-over-year revenue growth. (Adobe’s retail report measures 80% percent of online transactions at the largest 100 U.S. web retailers.)

Additional insights from Adobe’s report include:

• Search, email led as retail promotion drivers: Search drove the most revenue during the holiday season at 44.8% (natural search at 21.3% and paid search at 23.5%).

For purchases made on smartphones, the average visit from an Apple iOS device led Android by $0.58. Cyber Monday saw the first-ever mobile shopping day over $2 billion, with 30.4% of the day’s revenue from mobile devices. Thanksgiving was the most mobile day with 41% share ($1.2 billion spent on mobile devices).
Advertisement