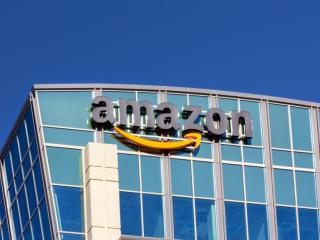 Amazon reported a huge jump in second-quarter earnings amid a 49% increase in sales of its extremely lucrative cloud-computing business and a big increase in North American retail operating profit. But its revenue fell short of what analysts had expected.

Net sales jumped 39% to $52.9 billion compared with $38.0 billion in the same quarter last year. This just missed analyst expectations of $53.27 billion for the quarter.

Revenue for Amazon’s cloud business (Amazon Web Services) grew to $6.1 billion, compared to $4.0 billion for the same period last year. Although AWS accounted for just 11% of Amazon's total sales, its operating income ($1.6 billion) accounted for 55% of the total, according to CNBC.

A number of strategic initiatives kept the online giant busy during the second quarter. The company hosted its fourth annual Prime Day shopping event. Amazon is calling the sale — which ran from 3 p.m. EST on July 16 through the wee hours of July 18 — its “biggest shopping event in Amazon history.” The sale brought in an estimated $4.2 billion, according to estimates from Wedbush Securities Inc. (Revenues from Prime Day will be included in Amazon’s third quarter.)

During the quarter, the company also continued to ramp up its same-day grocery delivery from Whole Foods Market. The service is now available in more than 20 cities in the U.S.

Amazon also launched its “try-before-you-buy” Prime Wardrobe to members across the United States. The service enables Prime members to try clothing, shoes, and accessories before they buy. Customers can choose from eligible styles, and keep the items for up to seven days. Shoppers return unwanted pieces and only pay for the items they keep.

Other big announcements during the quarter included the acquisition of online pharmacy PillPack, and a new delivery program that enables Prime members to receive deliveries in the trunk of their car.

Revenue guidance for the third-quarter fell short of Street estimates. Amazon said it expects revenue in the range of $54 billion to $57.5 billion, slightly below estimates of $55.6 billion to $62.2 billion.
Advertisement