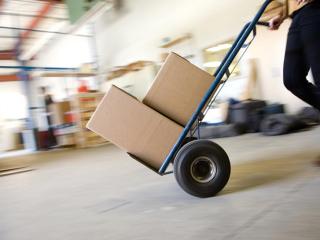 Amazon’s newest delivery service could take a bite out of UPS’ and FedEx’s business in a big way.

The online giant is planning to launch a package-delivery service for businesses, according to CNBC, which cited the Wall Street Journal for breaking the story. Called Shipping with Amazon, or SWA, the service will pick up packages from its third-party sellers who sell via its website and deliver them to customers and put Amazon in direct competition with FedEx and UPS. Some experts speculated that the service could be extended over time to other businesses.

Amazon will launch its new delivery service in Los Angeles during the next few weeks, rolling it out to other cities around the United States during the course of the year, the report said.

“This makes sense as there are many urban locations where Amazon's order volume is so great it justifies taking fulfillment in-house,” commented Neil Sanders, managing director, GlobalData Retail. “It is unlikely that Amazon will make a move on trying to service the American hinterland. Order densities and volumes, along with long travel times between deliveries, in many parts of the country do not justify such an investment.” (Click here for more.)

Despite the direct competition, UPS said it is still a partner of Amazon. "UPS continues to support Amazon and many other customers and we don't make comments about their business strategies or decisions regarding their utilization of UPS services,” a UPS spokesman told CNBC.

The shipping service would be Amazon’s latest move to expand its logistics and delivery operations. Recently, it established its “Amazon Logistics” operation, a cross-border service currently available to sellers listing on the Amazon platform. The retailer also continues to develop its air freight solutions and services, and plans “to quickly introduce it to a large number of our sellers,” according to the Amazon Logistics website.

In 2017, Amazon announced it would build an air cargo hub in Kentucky, which will be home base for its leased air fleet of 40 Boeing cargo jets — a program it calls Prime Air.

Meanwhile, Amazon kicked off 2017 by dipping its toe into the freight forwarder waters — a move that allows the e-retailer to control shipments between manufacturers and distribution points.
Advertisement