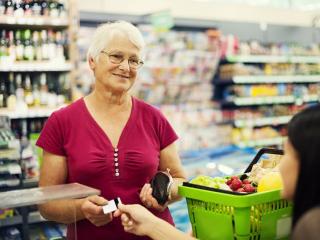 Convenience stores stand to benefit the most from a greying population. That’s according to new report from Fung Global Retail & Technology which looks at the impact of the growing 65-and-over population on global economies, industries and retail.

Some retailers around the globe are already adapting. Japan's Lawson convenience store chain has renovated units in areas with a high concentration of silvers, widening aisles, lowering shelves and stocking more products that appeal to older shoppers, the report said.

The 7-Eleven chain in Japan offers a meal delivery service to seniors, while the Aeon Mall offers medical facilities, leisure activities, a concierge and other services for its senior shoppers.

Supermarket chains in Germany and Austria have widened aisles, provided customized shopping carts and added nonskid flooring. In the United States, CVS and Walgreens are adapting store layouts to minimize high and low shelving, and have carpeted floors in some stores and even added magnifying lenses to shelves so shoppers can read labels with small print more easily.

The global population of those aged 65 and older will account for over one-third of population growth through 2035, according to the United Nations, and will comprise more than 20% of the population overall in Japan, South Korea, Western Europe, North America and China. These households tend to be wealthier, and in the U.S., senior households spend well above the national average on household supplies and books, though less on apparel and footwear, which could be due to limited choice.

The full report can be found here.
Advertisement