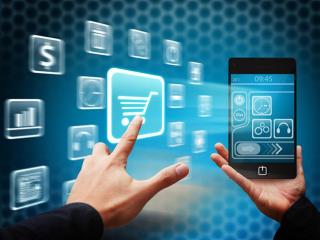 When shopping online, customers want a stress-free experience that enables them to make purchases faster, and more efficiently.

That said, consumers are opting for emerging innovations ranging from voice assistants and augmented reality (AR) to mobile apps, according to the “2018 Online Shopping and Technology Trends Survey” from digital marketing agency Adtaxi.

Of the 66% of respondents that make an online purchase at least once a month, over half (52%) spend as much, or more, of their dollars online than in-store. To streamline these purchases, 10% of customers have used an AR app (e.g. virtually “trying on” clothing or viewing how furniture would look in a home). Across this group, 67% said they would never again shop in-store for clothes if AR made it possible to do so.

Online shoppers are also slowly embracing voice assistants. Currently, 27% of shoppers own a voice-activated smart device, such as the Amazon Echo or Google Home; and 24% have used one to make a purchase. While 64% of respondents are concerned about a voice-activated smart device threatening their privacy, 46% of shoppers would not let this concern stop them from purchasing one, the study revealed.

More shoppers are also reaching for their mobile devices when shopping online. In fact, 65% of customers have used a mobile app for online shopping, the most popular reason being that mobile apps are easy to use (51%) and save time (19%). While more shoppers use mobile devices to shop, SMS messaging, or promotional texts, are falling out of favor as 82% of consumers would not consider receiving texts from brands, even if the ad was personally relevant.

“We now live in an on-demand world, where customers are beginning to favor innovations that make purchases faster, more efficient and pain-free,” said Evan Tennant, national director of e-commerce at Adtaxi. “As this survey indicates, technologies like voice-activated devices and AR have gained traction and are on the fringe of becoming mainstream in the next few years—which we anticipate will cause a shift toward consumers shopping more heavily online.”
Advertisement