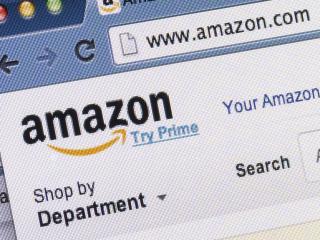 Toy sales may be stagnated in the United States, yet Amazon’s marketshare continues to grow.

The nation’s largest toy store retailer, Toys “R” Us, declared bankruptcy in 2017 as Amazon’s market share kept growing. The online giant is now responsible for roughly one out of every six dollars spent on toys in America, according to data.

The most disruptive toy categories of 2017 — and those that will likely be trending for 2018 — include:

• Robotics. In 2017, the robotic toys category grew by 32%. Although it is a relatively small category with only $50 million in estimated sales, last year's two bestselling toys were both intelligent robots for kids: Cozmo by Anki and Lego Mindstorms EV3.

• Active Play. The fastest-growing toy category of 2017 was outdoor & sports toys with 46% growth. This is the countertrend to touchscreen technologies that tend to dominate the toy industry, and suggests that parents are making an effort to encourage more physical activity, according to the study.

However, toy sales during January on Amazon.com uncovered a surprising trend: the return of traditional toys. The latest craze is a new take on a traditional doll, L.O.L Surprise! (big version), which ranks as the top toy for January 2018. This helped drive 23% growth in dolls/girls toys in 2017.

In 2017, infant/preschool climbed from No. 3 to become Amazon's largest toy category with $650 million in estimated sales. As Amazon's core demographic, millennials, are now having children, the Infant/Preschool category is expected to grow substantially in 2018, according to One Click Retail.

"Of the top five toys on Amazon this January, four are strictly non-digital, and none involve robotics or touchscreen technologies." said Nathan Rigby, VP at One Click Retail. “Whether this signals a major shift in the toys market or is just a temporary lull in the dominance of robotics and screens is yet to be determined.”
Advertisement