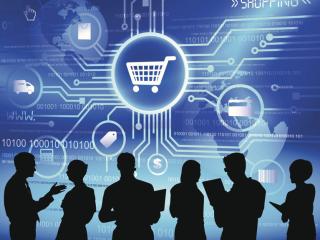 Only 3% of retailers believe their current model will remain sustainable in the next five years.

That’s according to a new report from OC&C Strategy Consultants and eShop World, released at this year’s World Retail Congress, which found that 76% of retailers believe their model must change for them to remain relevant.

"For retailers, a good business model is no longer enough: Being great achieves enviable success, but being average is punished hard,” said James George, international managing partner at OC&C. “Retailers are recognizing this: Three quarters said they need to change their business models in order to be relevant in the future."

The research, titled 'High Velocity Retail' echoing this year's World Retail Congress theme, drew insights from interviews with the world's leading retailers as well as analysis of financial performance and customer ratings data of 800 retailers. Its research identifies the path to success for retailers in a world where the speed of change is unprecedented.

Crucial rules for winning in a high-velocity world revealed by the research are:

1. Winning retailers pick their battles: A considered strategic positioning remains vital, especially as the investment required to compete on all fronts is excessive. Amazon spend over $20bn annually on technology. Walmart spend over $5bn in capex on e-commerce and technology. It is just not possible for many to play this game. Retailers are therefore being thoughtful about where to invest and where to follow. In fact, the retailers that are most highly rated by consumers globally are ones that have distinctive strategic positions.

2. Being at the frontier of speed is not always necessary: Retailers should be making clear trade-offs about where they operate at the frontier, and where they can afford to follow the leader. For example, while there is much written about speed of delivery, it is still the case that 40% of e-commerce delivery in the U.K., which is one of the world's more developed e-commerce markets, remains slower than next day.

Another example is SHEIN, a Chinese retail brand, which has developed a fast-fashion proposition for millennial and Gen Z consumers that emphasizes rapid production cycles, but slow fulfillment times, and has used this fast/slow model to rapidly scale in a range of international markets. The crucial point is to provide a solution for your customer's specific needs, not to try and deliver everywhere.

3. Go beyond borders to build your tribe: As the demand for online shopping grows around the world, retailers need to consider their strategy for attracting cross-border consumers. It is worth noting that younger generations (Millennials and Gen Zers) across the globe are resembling each other in their attitudes towards shopping and spending more than any other generation. This suggests a homogenizing effect driven by technology – the Internet and social channels make it even easier for these generations to share ideas and access the same information and media.

Brands providing access to the same products and services across markets and the power of truly global celebrities and influencers appear to be playing their part in this trend too. As a result, retailers should look to target these cross-border tribes and segment their customer base by similar attitudes rather than – or as well as – traditional demographics.

"Retail has been speeding up for a long time. But in the present high-velocity world, it is not just about speed, but about combining it with meaningful direction,” added George. “Winners are focusing on being the best at something that matters to customers: They avoid the pitfalls of going nowhere fast or trying to do everything badly. Crucially, speed will not cover up flaws or inconsistency in the underlying proposition.”
Advertisement