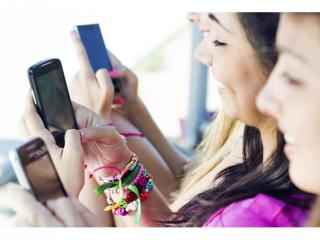 Retail marketers take heed: Facebook's appeal is fading among teens even as two other platforms continue to pick up momentum.

Facebook’s community of monthly users in the U.S. will grow 2.4% this year to 172.9 million people, thanks to increased adoption by older internet users, according to a report by eMarketer. But the social network’s monthly user base among the marketer-coveted 12 to 17 age group will fall 3.4% over 2016 to 14.5 million people, marking the second consecutive year of expected usage declines by teens and up from the 1.2% slip recorded in 2016.

Monthly Facebook usage among those under 12 and ages 18 to 24 will grow more slowly than previously forecast, too, the report said.

“We see teens and tweens migrating to Snapchat and Instagram," said eMarketer senior forecasting analyst Oscar Orozco. "Both platforms have found success with this demographic since they are more aligned with how they communicate — that is, using visual content."

Indeed, eMarketer’s latest forecast has Snapchat overtaking both Instagram and Facebook in terms of total users ages 12 to 17 and 18 to 24 for the first time in 2017. As a result, Snapchat’s share of U.S. social network users will grow to 40.8%.

Those teens and tweens who still remain on Facebook seem to be less engaged, Orozco said, logging in less frequently and spending less time on the platform.

“At the same time, we now have ‘Facebook-nevers’ — children aging into the tween demographic who appear to be overlooking Facebook altogether, yet still engaging with Facebook-owned Instagram," he added.

eMarketer has increased its projections for Snapchat usage. The social network’s U.S. user base is now expected to grow 25.8% to 79.2 million monthly, with the biggest upward revision made to the 18-to-24 group where usage will escalate 19.2% this year.

“Facebook is fortunate that it owns Instagram, which remains a strong platform for teens,” said eMarketer principal analyst Debra Aho Williamson. “Although usage of the main Facebook app is declining among teens, marketers will still be able to reach them on Instagram.”