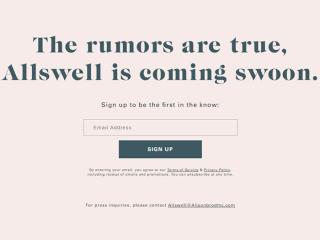 Walmart is making a big online move to target a more affluent customer base.

The discounter will launch two exclusive online brands, one dedicated to luxury mattresses and bedding and the other focused on beauty, the Washington Post reported. The bedding line will be sold on a new website, called AllswellHome, which will go live in March, according to the report.

The beauty brand, which will focus on cosmetics, will be called Co Squared, the Post reported.

The two brands will be the first digitally native brands that Walmart, which has acquired several online brands, has developed internally. They will debut as the chain finds itself under increased pressure to ramp up its online game. Walmart’s online growth slowed considerably in the fourth quarter. Online sales grew 23%, compared to a 50% increase in the prior quarter.