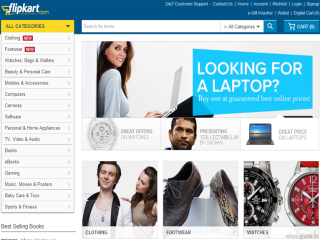 Walmart could be buying a controlling stake in Flipkart earlier than expected — way earlier.

The discount giant could reach a deal to become a majority stakeholder in Indian online marketplace Flipkart as early as next week or by the first week of May, according to Reuters.

Walmart has been negotiating with Flipkart for months, with plans to buy a more than 51% stake in the company. Initially, the deal was expected to close in June. However, SoftBank Group, which owns about a fifth of Flipkart through its Vision Fund, was unwilling to sell a part of its stake for the $10 billion to $12 billion that Walmart was offering, the report said.

Two sources told Reuters that the stalemate between Walmart and SoftBank has ended. Once the deal closes however, it could have a final valuation of at least $18 billion, the report added.