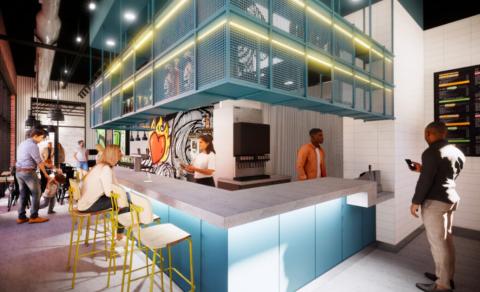 The Fuzzy's Taqueria concept - less than half the size of a Fuzzy's Taco Shop - is finding favor nationwide.

A taco shop that opened its first store near Texas Christian University in Fort Worth will soon open in its 19th state with a four-store deal signed in Utah.

Fuzzy’s Taco Shop serves a Baja-style menu that includes spicy pork and mahi tacos along with beer and “Fuzzyritas” from the bar. The deal it signed with franchisee John Cassity in Utah will place its corporate-owned and franchised store total above 150.

“When I was looking at concepts to complement my existing brand portfolio, Fuzzy’s Taco Shop kept checking off all the boxes for me,” Cassity said. ‘What really impressed me was their flexible footprint which can be tailored to each specific space and market.”

Pandemic-stoked preferences for takeout and delivery has moved many QSR and casual dining chains to introduce smaller stores with lower rents. Fuzzy’s was one of them, introducing a 1,200-to-1,800-sq. ft. concept called Fuzzy’s Taqueria. Fuzzy’s Taco Shops run between 3,000 and 4,000 sq. ft.

“As real estate opportunities became available over the last year, we realized we didn’t want to limit our franchisees to the traditional Fuzzy’s model with larger square footage requirements,” said Jessica Wescott, COO and CFO of the Irving, Texas-based chain. ““At the same time, we understood from a consumer perspective this new footprint needed to be branded differently.”

The first Fuzzy’s Taqueria opened last year in the North Loop of Minneapolis, a highly trafficked area teeming with restaurants, taprooms, and boutiques.

“The future of dining is as much off-premise as it is in the restaurant, so this new footprint works perfectly to serve the needs for the neighborhood,” said Ed Pittsley, the Minneapolis franchisee who opened the 1,100-sq.-ft. store.

Fuzzy’s will soon land in its 20th state with planned openings in Alabama.