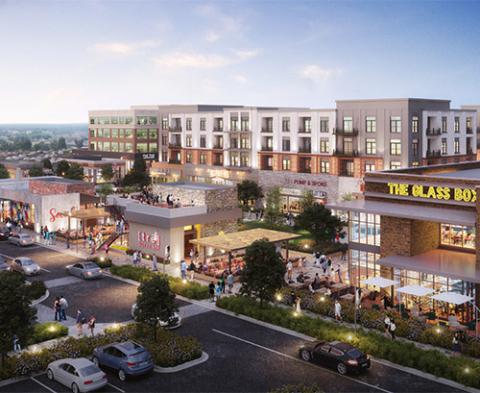 Mark Toro aims to do in St. Johns what he did in Alpharetta with Avalon.

The man who directed the development of one of the most highly regarded retail centers in the country—Avalon in Alpharetta—has just unveiled the plans for his new company’s first ground-up mixed-use center.

Mark Toro and his Toro Development Company has announced its plans for Medley, a 43-acre mixed-use project that will be the center of a 192-acre town center development to be built in Johns Creek, Ga., a growing northern suburb of Atlanta.

Johns Creek recently received approval to more than double its hospital and medical office space over the next 20 years. A Boston Scientific Life Sciences facility with more than 300 employees will be built adjacent to Medley in the town center.

“Our strategy is to develop a highly programmed street-level experience with residences above that bring feet to the street 18 hours a day, seven days a week,” said Toro. “We are carefully planning every detail of this development so that it uniquely caters to the community of Johns Creek. We will host more than 100 community events a year.”

Since its opening, Avalon has served the retail real estate industry as a prime model for upscale and activated mixed-use centers in urban environments. The community’s 570,000 sq. ft. of retail space houses brands that include Apple, Whole Foods, Lululemon and Tesla alongside Class A office space, multifamily and single-family homes, and a hotel and conference center.