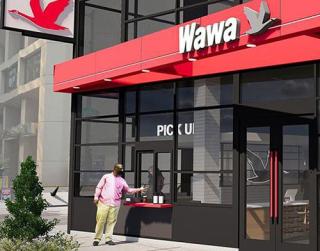 Wawa plans to open 40 stores in the Southeast during the next few years.

Wawa is spreading its wings southward.

The convenience store retailer plans to expand its footprint into the Florida Panhandle region, along with adjacent markets in South Alabama, during the next few years. Wawa said it is actively looking into potential sites for new stores in the Florida markets of Pensacola, Panama City, and Tallahassee, along with Mobile, Alabama. The retailer plans to open up to 40 stores in these markets, with the first locations expected to open in 2024.

“We couldn’t be more excited to bring Wawa’s one-of-a-kind brand and offering to these new markets in the near future,” said John Poplawski, VP of real estate for Wawa. “We look forward to expanding beyond our current reach and serving these new markets with our quality fresh food and beverages and, as always, our deep commitment to the communities in which we operate.”

In 2022, Wawa will mark the 10th anniversary of the opening of its first Florida store, in Orlando. Since then, the chain has expanded rapidly throughout the state and will open its 250th store in Florida later this year.

In addition to its Southeast expansion, Wawa is continuing to open stores throughout its current markets and is set to open 54 new stores in 2022. It also plans to enter new, adjacent markets in the next few years. The company is currently scouting locations to enter North Carolina.

Wawa is looking to operate approximately 1,800 locations by 2030, eventually ramping up to opening 100 stores annually.

For information on stores currently under construction or upcoming grand openings,  click here.