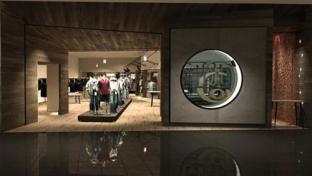 Abercrombie & Fitch is optimistic about its earnings.

Abercrombie & Fitch reported second-quarter earnings that crushed analysts estimates and said its momentum was continuing in the third quarter.

In July, the company unveiled a new standalone store concept for its Gilly Hicks brand. The store, at Easton Town Center in Columbus, Ohio, is part of a larger revamp for the intimates and activewear brand towards gender-inclusivity.

“We have had a strong start to the U.S. back-to-school season,” Horowitz said. “Reception to the Gilly Hicks brand relaunch, associated product, and updated store experiences has been very positive. At our newest brand, Social Tourist, we are excited about our learnings and results since its launch just three months ago. Looking ahead, we will remain on offense and are confident that the proactive steps we have taken to evolve our operating model and cost structure, combined with evolved brand positioning, should continue to yield near and long-term benefits.”